Folate Levels and Polymorphisms in the Genes MTHFR, MTR, and TS in Colorectal Cancer

Aim: The aim of the study was to explore and describe the effect of polymorphisms in folate-associated genes regarding the levels of different folate forms and their distribution in tumors and mucosa in patients with colorectal cancer.

Materials and methods: Tumor and mucosa tissues from 53 patients with colorectal cancer were analyzed. The concentrations of tetrahydrofolate (THF), 5-methylTHF, and 5,10-methyleneTHF were measured by liquid chromatography—mass spectrometry. Genotyping of polymorphisms in the folate-associated genes methylenetetrahydrofolate reductase (MTHFR, C677T), methionine synthase (MTR, A2756G), and thymidylate synthase (TS, 5’-TSER 28 bp tandem repeat and 3’-TSUTR 6 bp deletion/insertion), were done by real-time polymerase chain reaction. Folate levels and distributions were determined in the total patient cohort and after subgrouping by genotypes.

Results: The total folate level, as well as the THF and 5,10-methyleneTHF levels, were significantly higher in the tumor compared with mucosa tissue (P = 0.030, 0.031, and 0.015, respectively). The individual variation in folate levels in both tumor and mucosa were larger than the variation found when the patients were subgrouped by the gene polymorphisms. No significant differences in the mean concentration of any folate in the mucosa or tumor tissue were found in relation to the analyzed polymorphisms. The percentage level of 5,10-methyleneTHF in tumors was highest in patients with the MTHFR 677 CC genotype, and lowest in patients with the TT genotype (P = 0.033). A significantly lower percentage level of the 5,10-methyleneTHF level was found in tumors of patients with the 5’-TSER 3R/3R genotype (P = 0.0031).

Conclusion: A significant difference was found between the percentage level of 5,10-methyleneTHF in tumor tissues in relation to the MTHFR C677T and 5’-TSER 28 bp repeat polymorphisms. However, no differences were found in the actual tissue folate levels, or in their distribution, in relation to the polymorphisms in the MTHFR, MTR, or TS genes. These findings could be of importance for further research in the field by explaining some of the difficulties of obtaining reproducible and uniform results when using a few selected polymorphisms as predictive markers. 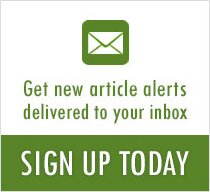 What Your Colleagues Say About Clinical Medicine Insights: Oncology

Our experience publishing in Clinical Medicine Insights: Oncology was the easiest and most user-friendly interface we have encountered.  The staff were very attentive to us and kept us posted at every step of the process.  It was rewarding to have our article appear in press within weeks, compared to months at other journals.

I found the process of going through submission, review, editing, and publication to be quite easy. Everything was handled professionally and competently. The quality of the reviews were as good as any I have experienced in 30 years of publishing in scientific journals.

(Departments of Paediatrics and Community Health Sciences, University of Calgary)